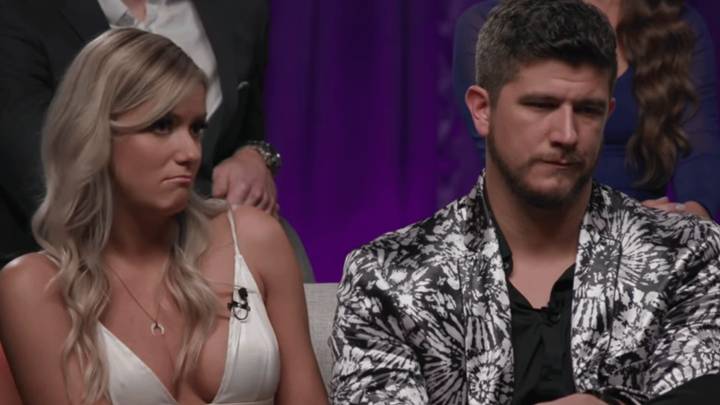 The end of Love Is Blind was just as dramatic as we anticipated, but the reunion episode might just top it. Ahead of the March 5 release on YouTube, Netflix dropped a first look at the upcoming installment, and it features a tense interaction between Amber and Jessica, two of the show's final contestants.

Amber, who left the show married to engineer Matthew Barnett, reveals her reaction to seeing Jessica's intimate conversations with her then-fiancé. Jessica was engaged to fitness trainer Mark at the time, but was noticeably still hung-up on Barnett. Amber notes how Jessica would get Barnett alone to pry into their relationship, and she makes no secret about how displeased she is by the entire situation. It's obvious from everyone else's face that the conversation is an awkward one, but fans would probably say it's necessary. Watch the clip above and get ready to watch the reunion episode when it premieres on Netflix YouTube on March 5!